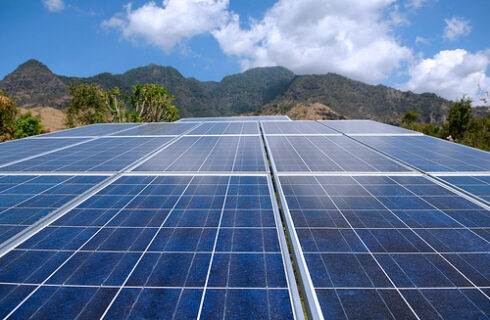 Apple is about embark on its "most ambitious project ever." No, it’s not a phone, a wearable gadget, or even a television set. Instead, the biggest tech company on the planet is aiming much higher: It’s going to cover 1,300 acres of California country in electricity-generating solar panels.

The company will build the $850 million solar energy farm in Monterey County, California, CEO Tim Cook announced today at the Goldman Sachs Technology and Internet Conference. If it wanted to, Apple could power 60,000 homes with its new facility. Instead, the solar famr will provide energy for all of Apple’s operations in the state of California. That’s no small feat. Explains Apple Insider: